These are two of my Speeduino ECUs. Difference is basically how each attaches to the car. 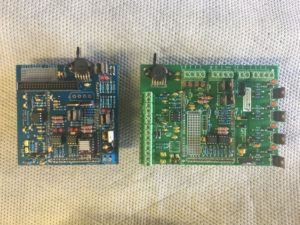 They have until now ridden piggy-back on an Arduino Mega 2560. That’s an 8-bit machine, and it does the job, but I wanted to do something even more different, and I’m replacing that unit with a Teensy 3.6.

I got the Gerber files from the project and the free copy of Kicad. I was able to review and make changes, although this board was version “one”, there were three “private” versions over the past three year… and this one works with either Teensy version: 3.5 or 3.6. I saw no need to change the label and possibly corrupt the zip. 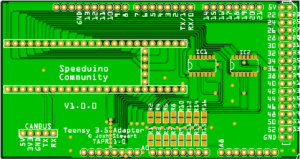 Ordered from China, or should I say, 深圳市嘉立创科技发展有限公司 ? The process was smooth. They confirmed my gerber zip was fine, and they took my money. It was looking like 2 to 3 days to produce and 30 to 35 days to deliver. At checkout they changed that, doubled the shipping, and quoted 2 to 4 days shipping. Total, a week? With Corona, we’ll see.

Product specs of the Teensy 3.6:

There’s no big advantage to the upgrade, except that it’s neat. This adds the possibility for the CAN bus, but the Supra hardly needs that

It still won’t do sequential for a six-cylinder, but perhaps that is changing.

There is a guy who has done it on a BMW M52 turbo, and he’s using the standard Speeduino code with minor modifications described as “basically unmodified code. Just has the pin mapping added for this.” His solution went with a different chip, too, just not the Teensy, as I am. That’s new info in the past couple of weeks, so as details come out, perhaps I’m positioned for sequential with Speeduino.

His solution, btw, requires two boards and the higher-performing MCU (STM32). He’s also got an 8×8 version in the works, and when asked about his, he said that “Josh has a version coming, too”. Josh is father-speeduino. He presented the idea in 2012 and remains at the center of everything today. I hadn’t heard about it, and my boards are pretty much built. There may be a new board, but I think that once you get the bug, learn the tools and terminology, that you “come out” with your own board… a 6×6 for a Supra… one thinks….

I’d long-since made the decision to run 3 channels and wasted spark, but I also wasn’t going to mess with the stock coils, and I still might not initially, but I suspect COP using the ls300 coils will become necessary (e.g., I will want them).

I also have to design a board to go from the Speedy to a (new, replicated) stock/OEM ECU connector. 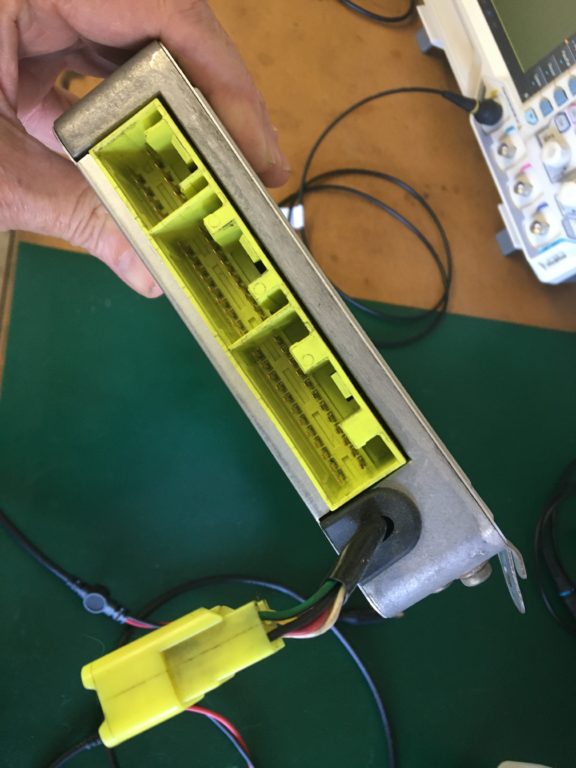 @Piratetip just supplied both the part number and the part… a few minutes after posting, actually, before finished posting.

The info  has already updated the online info. Petty slick. Thanks again @Piratetip

That’s where I am today. I have to design the board and create the gerbers, and that’s far different than just opening Kicad and clicking on load gerbers. Kicad is not intuitive particularly if you’re not familiar with industry terminology.

Here is the bare female plug. Two on their way now. 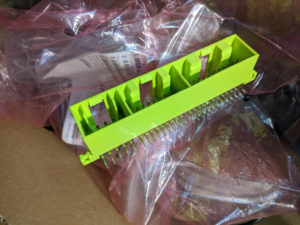 The Speeduino is planned to be a stand-alone vs. a piggy-back arrangement. There is only one wiring harness, and the three yellow plugs will plug in the same with one or the other. They will not both be connected at the same time. This creates a problem though, as the OEM vehicle ABS has a connect to the factory ECU. Without that ECU being wired in, there is no connection to the ABS.

Stay tuned. Well, or not. I hope you return though.